A Fireside Chat: A Conversation with FDR 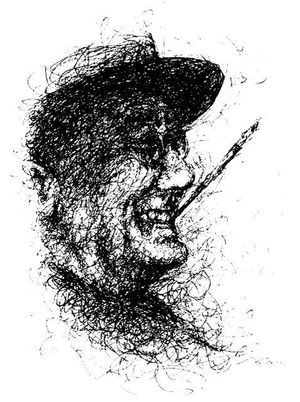 Written by award winning playwrights Steven Brown and Michael Ullstrup, both of Salem, Wisconsin, “A Fireside Chat: A Conversation with FDR” stars Wisconsin actor Gary Stamm, who portrays our Nation’s 32nd President, Franklin Delano Roosevelt.  In this one-person performance, we explore President Roosevelt’s personality, his younger years, his relationship with his father (James), his mother (Sara), and his wife, Eleanor.

Through the “prism” of Franklin’s own words, from personal letters, his diaries, and official documents, many of which were researched at the FDR Presidential Library in Hyde Park, New York, words spoken during this performance are historically accurate and precise.

When President Roosevelt was elected to the presidency in 1932, it was on a promise to restore the confidence of the American people and to bring America out of the Great Depression.  Roosevelt stated in his first inaugural address that "we have nothing to fear but fear itself."  His objectives were to calm the economic fears of Americans, develop policies to alleviate the problems of the Great Depression, and gain the support of the American people for his programs.

Immediately after his election, Roosevelt began to formulate policies to bring about relief from the economic hardships the American people were experiencing.  These programs became known as the New Deal, a reference taken from a campaign speech in which he promised a "new deal for the American people."

One of the ways FDR chose to accomplish this was through the radio, the most direct means of access to the American people.  During the 1930s almost every home had a radio, and families typically spent several hours a day gathered together, listening to their favorite programs. Roosevelt called his radio talks about issues of public concern "Fireside Chats."  Informal and relaxed, the talks made Americans feel as if President Roosevelt was talking directly to them. Roosevelt continued to use fireside chats throughout his presidency to address the fears and concerns of the American people as well as to inform them of the positions and actions taken by the U.S. government.  It is this method that the play uses to bring FDR alive to the audience.

Gary Stamm’s performance career spans more than forty years and includes theater, musical theater, barbershop harmony, emceeing, radio-theater, television commercials, narration, and a host of other media.  Additionally, he is a voice impersonator having recreated the voices of: Jack Benny, FDR, Yogi Bear, and many others on WGTD radio and elsewhere.  Career highlights include writing, directing and voice-over work for Hanna-Barbera Productions in , singing as one of the Pied Pipers with the Tommy Dorsey Orchestra at Ravinia and touring with a vocal quartet.  He also judges a cappella contests throughout the and .

Stamm had always admired the 32nd president and wanted a vehicle where he could bring FDR to life in a way that showed the audience what the president was truly like.  “I had looked around for one-man shows myself but really didn’t find one that filled the bill,” stated Stamm.  “I personally knew of Steve’s and Mike’s writing talents and artistic success as producers so I approached them to collaborate on a play.”  Check out more about Gary on our Artists page.

David Mitchell is the artist whose pen and ink sketch of President Franklin Delano Roosevelt has become the logo for the stage-play, “A Fireside Chat: A Conversation with FDR.”

Mr. Mitchell worked in the corporate world starting as a staff designer and culminating as a Corporate Vice President and Creative Director for a major Seattle firm with sub-division companies located throughout the U.S.  Experience included branding implementation and guidelines plus design and creative direction in outdoor and airport advertising, radio and television broadcast, and sports and entertainment.  During this time David also held a seat on the Corporate Giving Board and the Executive Leadership Board. Since 2002, he has run DMD.

His paintings and drawings have been viewed in ACT Theatre, the Nordic Museum, a major bank, The Ackerley Group and at the Forest Ridge School. 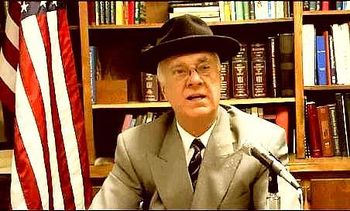