And on the Eighth Day

Created and written by Steven Brown and Michael Ullstrup, they transform the actual transcripts from this landmark trial into a riveting, two-time award winning theatrical production. The confrontation between Bryan and Darrow was reported by the press as a defeat for Bryan. According to one historian, "[a]s a man and as a legend, Bryan was destroyed by his testimony that day." But Bryan never delivered his closing arguments: Darrow admitted that Scopes broke the law and Bryan didn’t need to present his close. He did have them written and you will hear his thought-provoking views in this play. Everyone leaves the theater thinking.

Setting the Scene
In 1925, Tennessee passed the Butler Act. The statute made it unlawful to teach any theory that denied the story of the Divine creation of man as taught in the Bible and teach instead that man descended from a lower order of animals. On May 25th, 1925 – 122 days later – a Rhea County, Tennessee grand jury indicted John T. Scopes, a Dayton, Tennessee teacher, for violating that statute. William Jennings Bryan, known across the nation for his work to stop the teaching of evolution in public schools, came to Dayton to prosecute Scopes. Clarence Darrow, a good friend and admirer of Bryan, defended Scopes.

Play Synopsis
Clarence Darrow and William Jennings Bryan reminisce about their childhoods and how they were each led to such an important trial in American history. Mary Baird Bryan, William’s dear wife, joins in and provides more background on the growing conflict between evolution and the Bible and its impact on the separation of church and state. She recounts how Bryan traveled the country speaking to people about the dangers of evolution to faith and to the country and its way of government.
Darrow and Bryan make their way to the courtroom where Judge Raulston brings the court to order and reads the charges again John T. Scopes. Mr. Scopes is accused of teaching evolution which is against the laws of Tennessee. Darrow is there to defend him, Bryan to make the state’s case. Jurors from the local townspeople of Dayton, Tennessee are questioned and selected.
Darrow and Bryan go back and forth arguing with each other about the case, citing the Bible, each other’s speeches and works, and the law. Darrow decides that a true believer in the literal translation of the Bible needs to testify and calls Bryan to the stand.
Darrow grills Bryan on stories from the Bible. Does he believe that a fish swallowed Jonah? Did Joshua make the sun stand still? Was Eve the first woman? Where did Cain get his wife? Is it really only 4,273 years since the Flood? Bryan finds this line of questioning as nothing more than an attempt to use the court to slur the Bible. The judge asks Darrow to step down from the stand.
Darrow acknowledges that Mr. Scopes did indeed teach evolution contrary to the law of the state. Scopes is found guilty and sentenced.
No closing arguments were needed but what were they to be? Bryan gets the chance now to present his close. He acknowledges the achievements of science and the utter destruction they brought in the last war. He offers though that it is only the teachings of the meek and lowly Nazarene that can help solve the problems that confront humanity.
Darrow and Bryan, close and dear friends even though opposed to each other in this case, then continue their debate with each other about science and faith, challenging each other’s positions with both facts and beliefs.
Mary shares how her dear husband, William, so exhausted from these days of testimony, died after the last day of the trial in his hotel room. Darrow goes on to join a law firm but always remembers his dear friend and wishes him God’s blessing.

Learn more about the evolution versus creationism debate!

William Jennings Bryan on the Subject of Evolution
http://www.law.umkc.edu/faculty/projects/ftrials/scopes/bryanonevol.html

Who is Clarence Darrow by D. Linder
http://www.law.umkc.edu/faculty/projects/ftrials/DARESY.HTM

And on the 8th Day
http://www.law.umkc.edu/faculty/projects/ftrials/scopes/day8.htm 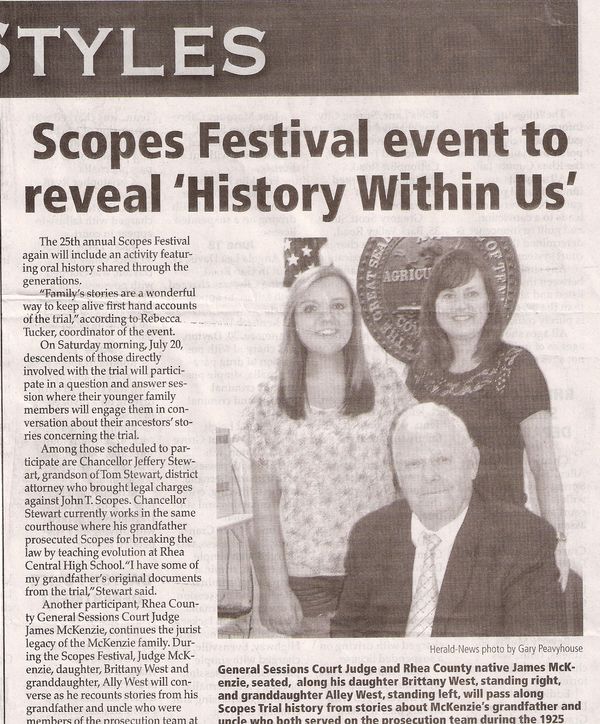 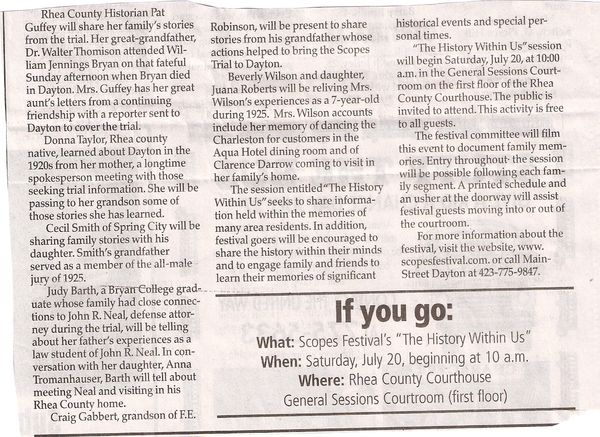 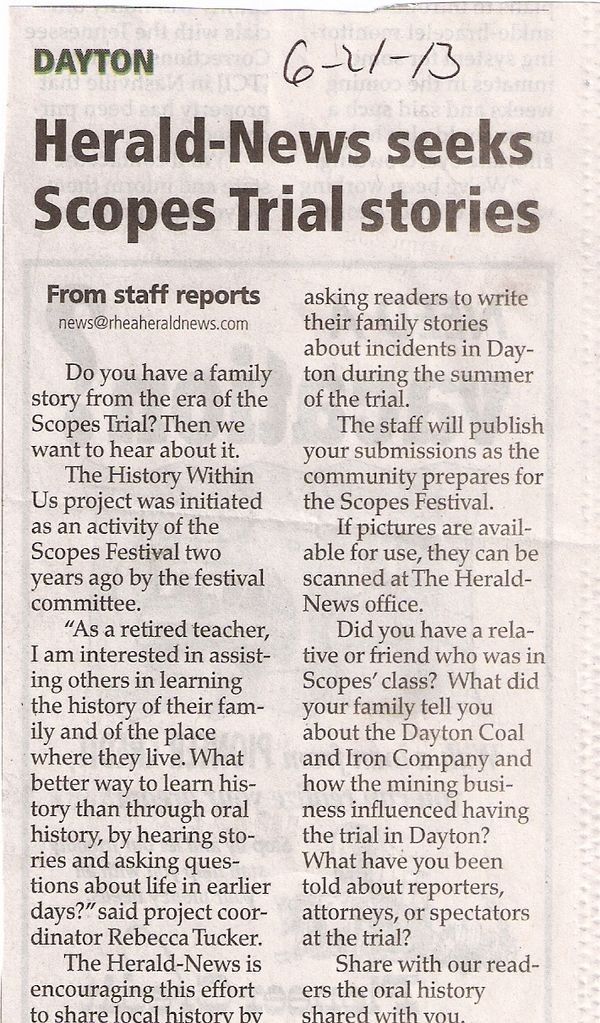 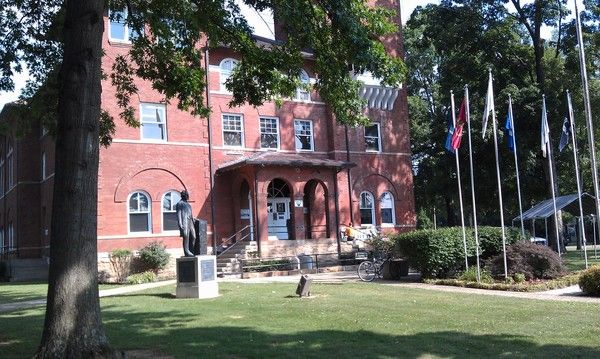