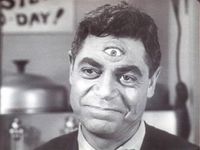 Ever since the autumnal equinox when the Sun is aligned directly over the equator and both the northern and southern hemispheres receive the same amount of sunlight and solar radiation, the reports of UFO activity have increased. Even the US Space Force has issued media releases about all the activity. Along the Wisconsin/Illinois border, people have reported sounds over their homes at night, like a helicopter overhead but a weirder, eerier sound. Of course, there are the usual stories of alien sightings and abductions. Missing person reports have, though, bumped up.