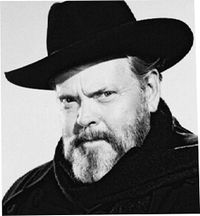 The Kemper Center in Kenosha, Wisconsin was the location of an Episcopal School for girls and is well known for being haunted by several spirits. In 1900, the body of Sister Augusta was found floating, face down, in Lake Michigan near Kemper. Subsequent investigations ruled the death a suicide but a woman now claims to have new information that only Orson Welles, a.k.a., the Kane Shadow, can use to put this mystery to rest. There’s a hitch, though: Orson is stuck in Chicago recording a commercial and can’t get to Kenosha to meet this woman. To the rescue is his faithful secretary, Jeannette! It is up to Jeannette to solve this mystery as only she can!