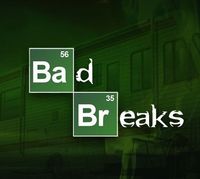 Marie Schrader -- widow of DEA agent, Hank Schrader, and sister-in-law of drug kingpin of Walter “Heisenberg” White – was found dead outside of her home, allegedly murdered execution-style with a single gunshot to the back of the head. Albuquerque is once again the center of attention of both the media and drug enforcement officials.

Since the identity of the infamous “Heisenberg” was discovered to be her brother-in-law and that he was involved in the murder of her husband, Marie was zealous in her protection of her nephew, Walt Jr., and her baby niece, Holly, and seeking revenge for her husband’s brutal murder. , Not willing to sit back passively, Marie was determined to ferret out everyone that had any hand at all in her husband’s death and could be a threat to her niece and nephew. She aggressively studied the boxes of evidence that her husband had accumulated and hunted down anyone and everyone she suspected of being a threat. Without any sanction from the police or DEA – and without the laws and rules restraining law enforcement – Marie was maniacal in her mission to root out the people who caused her so much pain. Needless to say, Marie was being noticed by others and getting to be a “problem”. The police and DEA were annoyed that she kept interfering with ongoing investigations by blowing covers and inadvertently tipping off criminals. Her family was tired of her relentless pursuit and allegations. And then, there were the cartels.

Join the fun at a dinner full of mystery and murder! Pick up on clues, question the suspects, and solve the crime!