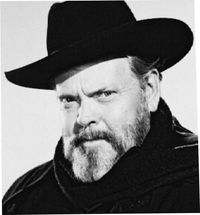 Radio Theater! The KANE SHADOW: Sugar and Spice and Everything Nice

The Kemper Center in Kenosha, Wisconsin was the location of an Episcopal School for girls. Although there is no record of a certain Episcopal nun having ever been at Kemper, it is legend that Sister Mary Teresa was a cruel woman who was hated by the entire student body. It is said that one night, Mary Teresa climbed the winding stairs to the observatory to get some books. There, she encountered a group of girls, who, looking for revenge, pushed the nun with her arms full of books down the stairs to her death. Not only did she fall to her death, her head was severed along the way and bounced down the steps only to land on the bloodied, and decapitated, Mary Teresa.

After all these years, a successful businesswoman is accused of being one of those murderous girls and Orson Welles, a.k.a. the Kane Shadow, is asked to resolve this mystery.

To listen to this show...